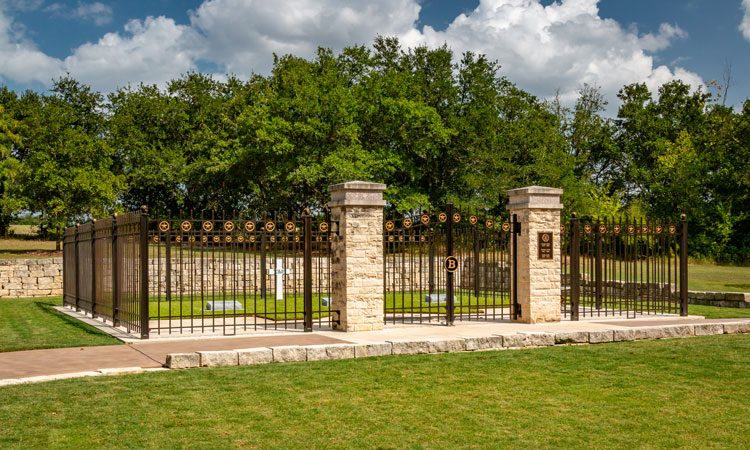 The Bush Family Gravesite on the Grounds
of the George H.W. Bush Presidential Center


The Bush Family Gravesite, quietly nestled behind the Presidential Pond of the Center grounds, creates a tranquil space for honoring and remembering the life of President George H.W. Bush; First Lady Barbara Bush; and their daughter, Pauline Robinson “Robin" Bush. The iron gates surrounding the gravesite are finished with golden stars, while the court entrance exudes distinction with the Seal of the President of the United States.

The Latin cross headstone is made out of white “Lasa Ortles White Class” marble from the Carrara quarry in northern Italy.


The Gravesite is open to visitors during the museum's regular business hours: Monday through Saturday from 9:30 a.m. to 5 p.m., and on Sundays from noon until 5 p.m. Since the Gravesite is behind the pond, it is just under a half-mile from the front doors of the library and museum building. It is not accessible by car, but there is a sidewalk with stairs and a ramp for wheelchairs and strollers. 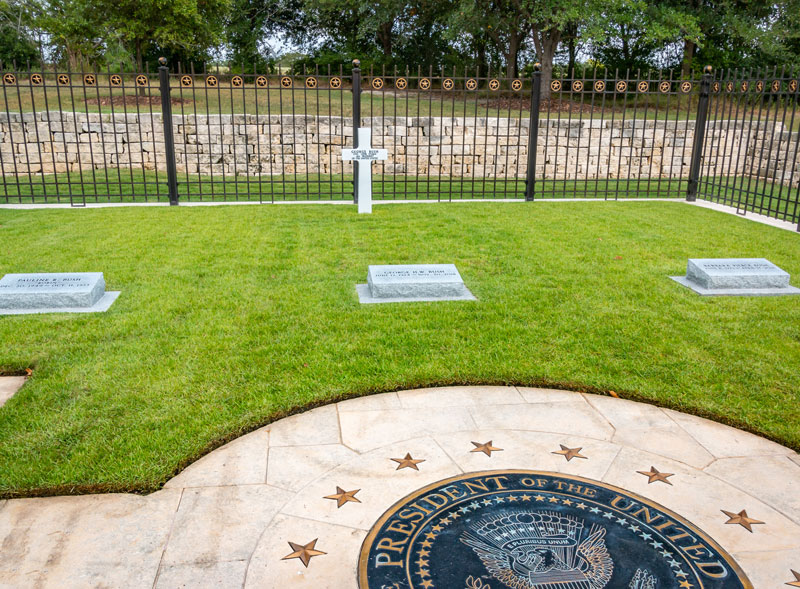 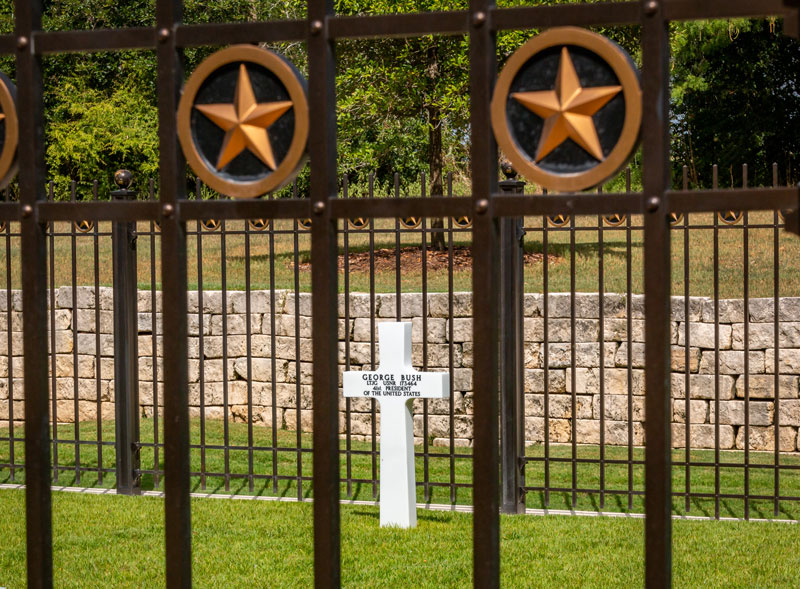 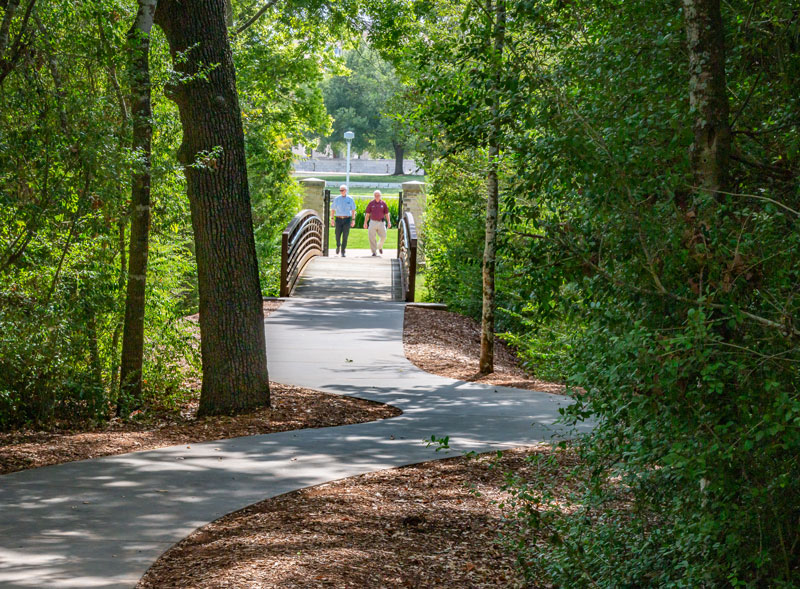