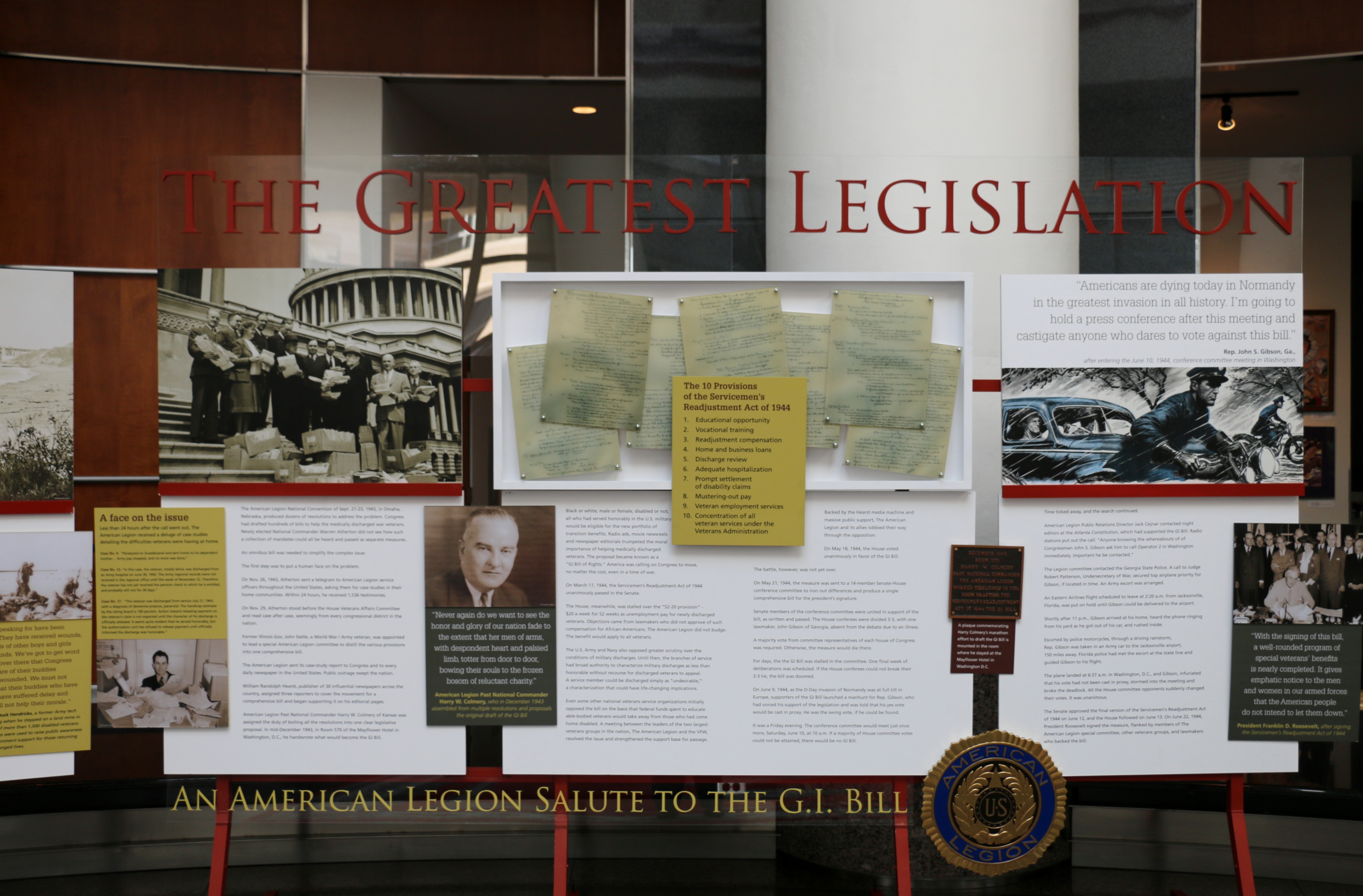 The Greatest Legislation: An American Legion Centennial Salute to the GI Bill

Drafted by American Legion Past National Commander Harry W. Colmery in December 1943, at a time when medically disabled World War II servicemembers were coming home at a rate of about 75,000 per month, the Servicemen’s Readjustment Act of 1944 was written to provide support to veterans in a difficult economic time. The long-term effect of the GI Bill is that it transformed the U.S. economy and culture for decades.

The GI Bill is often characterized as the most significant social legislation of the 20th century. It is credited for preventing an economic catastrophe after World War II, making home ownership a reasonable expectation for average Americans, educating millions of veterans and creating an incentive to serve in the military so valuable that the United States has operated as an all-volunteer force since 1973.

The Post-9/11 Veterans Educational Assistance Act of 2008 became law on June 30, 2008. The law expands the educational benefits for military veterans who have served since September 11, 2001.

The traveling exhibit is part of The American Legion’s centennial program and is scheduled to be on display at the George H.W. Presidential Bush Library and Museum until August 16.

About The American Legion

The American Legion is the largest wartime veterans service organization with nearly
2 million members in 12,875 posts across the nation. Chartered by Congress in 1919, The American Legion is committed to mentoring youth and sponsoring wholesome community programs, advocating patriotism and honor, promoting a strong national security, and continued devotion to service members and veterans.